“WHO’S WAITING FOR YOU TO COME HOME?”

71% were killed on country roads

63% were in single vehicle crashes 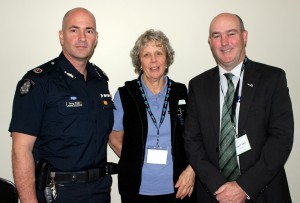 Jim, Joy, John, (Learner Ebony) & Beth spent some time spruiking L2P at the Warragul Farmers’ Market this morn. Thanks to you all. Still looking for Mentors, with training happening early February 2020, so if you know anyone who’s interested, please send them to Beth at HQ. We also have some Learner places available..... please do the same. ...

Hello to the Tiley gang, including Hugo the cute! Note Towards Zero gear? ...

Baw Baw L2P is baaaaaaaak! 2020 is gearing up to be a great year, after Learner Penny passed the VicRoads Ps test -really well- on 30th December 2019.....#159 hooray to yooo!
That makes a total of 7 Ps since October 2019. I know Vivian has made a Ps test booking for February, so.........L2P is waiting for some new Learners to take a place on the program...3 have already made contact, but more! more! more!
And what about Mentors?? 4 newbies have volunteered to undertake training early February, but more! more! more! ...